What is Kambo Treatment?

No harm or trauma is done to the frogs when collecting their secretion, being achieved with ethical harvesting. 5% percent of proceeds go to the Matse Tribe of Brazil for the preservations of their land

Kambo comes from the rainforests of the Upper Amazon. It is the secretion of a large green frog known as the Green Monkey Tree Frog scientifically named Phyllomedusa Bicolor; phyllo meaning “leaf: and medusa meaning “guardian.” Having no predators, the frog is found and breeds in great abundance throughout various parts of the Amazon.

For thousands of years, Kambo has been used as potent medicine by many tribes including the Matses, Amahuaca, Katukina, Kulina, Yawanawa, Marubo, Nukini, and the Mayoruna.

No harm or trauma is done to the frogs when collecting their secretion, being achieved with ethical harvesting. 5% percent of proceeds go to the Matse Tribe of Brazil for the preservations of their land

One of the first major observations regarding Kambo in the western world was made by Italian Chemist and Nobel Prize Nominee, Vittorio Erspamer, who was famous for his discovery of Serotonin. Vittorio was excited with his extensive research stating Kambo’s properties “Is a fantastic cocktail of bio peptides that holds great value to the World.” Currently the USA hold 80 patents derived from the Phyllomedusa Bicolor.

Traditionally, Kambo, also known as Sapo, was used in three ways. Firstly as a way to cleanse, strengthen and energize the minds and bodies of the hunters. After taking Kambo they were able to run faster, have sharper senses, increase strength, lower appetite, and have deeper sleep. It was known as “Hunting Magic Medicine.” Secondly, it has been used as a medicine for Malaria, fever, infections, snakebites, and to increase immunity. Thirdly, it was used to clear away dark negative energy, fatigue and melancholy known as “Panema.” When Panema is cleared, everything becomes easier, obstacles can be overcome and life flows more naturally. Anecdotally, Kambo is also being used for fertility, behavioral correction, mental well being, sexual attraction, along with assisting the healing of an assortment of physical ailments.

Scientifically speaking, kambo contains an assortment of peptides, bioactive peptides and neuro peptides. Peptides are compounds that formed by linking one or more amino acids in a chain, connected by special bonds. The peptides in trigger a variety of beneficial chemical reactions in the human body. Kambo has the ability, unlike many other natural and pharmaceutical substances, to cross the blood brain barrier, enabling it to reach deep into the body and bring support to otherwise difficult to treat areas. Human cells open up to the beneficial properties of Kambo unlike many substances that are filtered and eliminated by the body’s highly intelligent defense system.

The important neuropeptides within kambo, that are small protein like molecules, are used by neurons to communicate with each other. The neuronal signaling molecules are involved in a wide range of brain function including; analgesia, dopamine reward levels, balanced food intake, metabolism, reproduction, social behaviors, learning, memory, and oxytocin production. On going research on peptides, kambo’s main components, continues to evolve finding medical applications in the world of medicine and pharmacology. 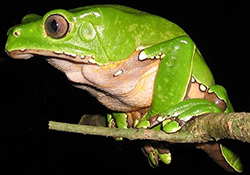 The bioactive peptides and neuropeptides present in kambo are helping people all around the globe while it is gaining and increasing in popularity year by year. The frog’s secretion has also helped aid and give relief to complications such as… 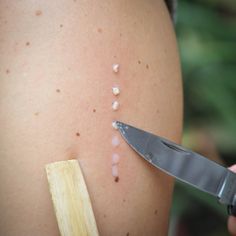 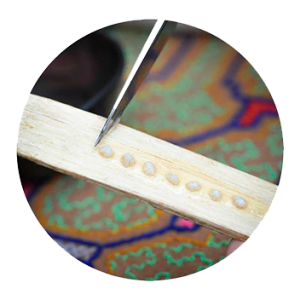 Other interesting properties include Kambo’s anti-inflammatory effects and its capacity to destroy various types of microbes and viruses.  Recent studies have shown that Kambo contains multiple antimicrobial peptides effective against drug-resistant strains of bacteria, fungi, protozoa, parasites and virus. This is exciting news for the development of new and more efficient therapies able to treat antibiotic-resistant strains of infectious diseases.

Several years of research conducted at the University of Paris have shown the peptide Dermaseptin B2 to be very effective at killing certain types of cancer cells.  Research at Queens University in Belfast recently won a prestigious award for their groundbreaking work with cancer and Kambo.